For all railway enthusiasts, Phil Dambly is a reference! Thanks to his countless publications, he was and still is the leading specialist on steam traction in Belgium.

Already in his early childhood, which he spent in Wellin (province of Luxembourg), he fell for the charms of the steam engines which criss-crossed his region. From that moment on, the railways became a part of his life, as did drawing, an artform he would perfect in Liège.

Before starting his job with the magazine Tintin, he worked for the Walt Disney Studios and the newspaper Het Laatste Nieuws. When, in 1958, he found out that Le Rail, the magazine of NMBS/SNCB, was looking for an employee who could both draw and write, he seized the opportunity to combine his two passions. He wrote for the magazine for the next 18 years, firstly with the series Durail jr. raconte… and later with a series on the history of steam traction in Belgium. The latter series was published in 1968 under the title Nos inoubliables vapeurs.

The book was a major success, and quickly sold out. However, it wasn’t until 1989 that the first part of an updated edition Vapeur en Belgique was released in collaboration with Blanchart. The second part was published in 1993. Vapeur en Belgique is still the authoritative reference work on Belgian steam traction.

Click here to consult all books and articles by Phil Dambly in our database. 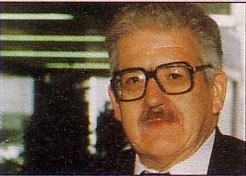 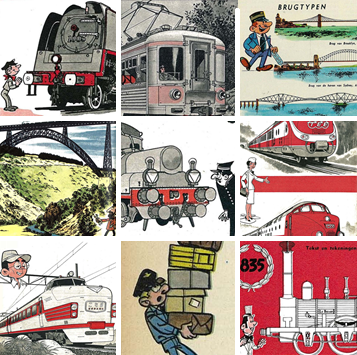 Phil Dambly worked as an independent author and illustrator. The series Durail jr. raconte… appeared between 1959 and 1964. In an easy-to-understand style, he recounts the history of the railways in all its facets. Trains, railway lines, signals, bridges, viaducts, tickets, important personages, everything was discussed. He also covered more technical subjects. His illustrations really bring the stories to life.
Discover the unique pieces by Phil Dambly about the History of the Belgian railways: