His career path: From Bogaert to Capouillard

For three years, Bogaert trained as an interior architect at the Saint-Luc Institute in Brussels. He then worked as an architect, set dresser and costume designer.
In 1946, he began to draw posters, beginning as a staff illustrator at SABENA, then Belgium’s national flagship airline.That, he said, was where he really learned about advertising.
In 1955, he became a self-employed creative advertiser under the pseudonym Capouillard. From 1964 to 1969, he was director of the Belgian Chamber of Graphic Artists, and from 1965 to 1969 taught at the Ecole Supérieure des Techniques de Publicité in Brussels. From 1965 onwards, he devoted his time to painting freely.

Gaston Bogaert was born in 1918 in Le Mans (France) and died in 2008 in Etterbeek (Belgium). As the son of a French mother and a Belgian father, he had both nationalities.

Interior view of Train World. You can discover some posters of Capouillard. 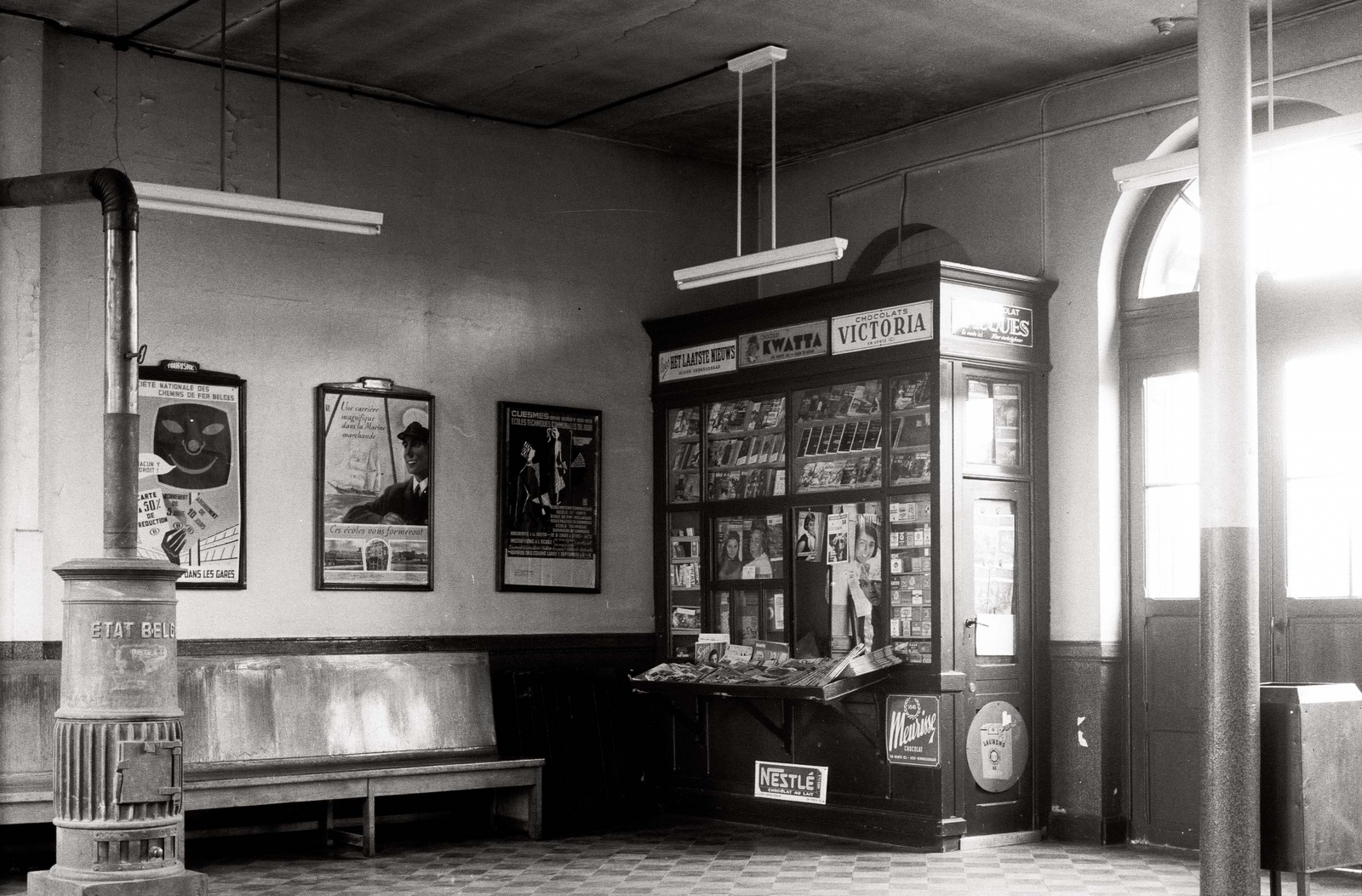 Waiting room of a station: the ideal place for advertising posters (La Louvière, circa 1954).

His style: personal yet of his time

Bogaert’s background as an architect shows in his style: he liked painting buildings. His preferred medium was watercolour on paper  and he used photographs only when this was explicitly requested by the customer, as in his view “photographs aren’t striking enough”.
He described his own style as personal and not directly influenced by others. Nevertheless, his first railway posters include obvious references to the comic characters of Raymond Savignac, a famous French poster artist of the same generation. His later work, with its empty landscapes, limited number of colour fields and highly pronounced shadow-play, is reminiscent of the work of Guy Georget, another French poster artist of the time who had in particular worked on advertisements for Air France.

When Gaston Bogaert struck out on his own in 1955, SNCB became one of his best customers.
During the 1950s, after taking several polls, SNCB realised that the general public was unaware of its special offers. In 1955, to remedy the situation, it launched a large-scale advertising campaign focused on its various sightseeing season tickets. This proved effective and sales soared. One of the posters for this campaign was designed by Capouillard.
SNCB also used him for its campaign to increase the notoriety of the Trans Europ Express Saphir with the Belgian and British public (1959-60) and for the car-sleeper train project launched in 1956.
Here are some of Capouillard’s railway advertisement posters: