Herman VERBAERE was born in Wetteren, the son of a printer. He was educated at the Academy in Wetteren and then in Ghent, where he won the Grand Prix for Drawing a Live Model, in 1933. At the World Exhibition in Paris in 1937, he was awarded for his posters of Flemish landscapes. He was one of the leading Belgian designers of tourist posters.
Between 1935 and 1967, he designed numerous posters for the NMBS/SNCB. He travelled throughout the country with his easel and had unrivalled skill in capturing the spirit of Flemish cities and regions. In his rarefied landscapes, he gave viewers the opportunity to dream away and escape from their daily concerns. Sometimes he seems to have forgotten the purpose of the poster. In addition to sun-drenched scenes, he also depicted overcast landscapes. This may be the undeniable reality of the Belgian climate, but for most tourists it wasn't the place to be.
From 1946 on, the NMBS/SNCB published landscape posters in various languages. In the layout of the posters, text and images were separated. A map of the network with the depicted city or region was printed at the bottom. The 'B' logo is conspicuous by its absence, and instead the posters feature the full name of the Belgian National Railways. 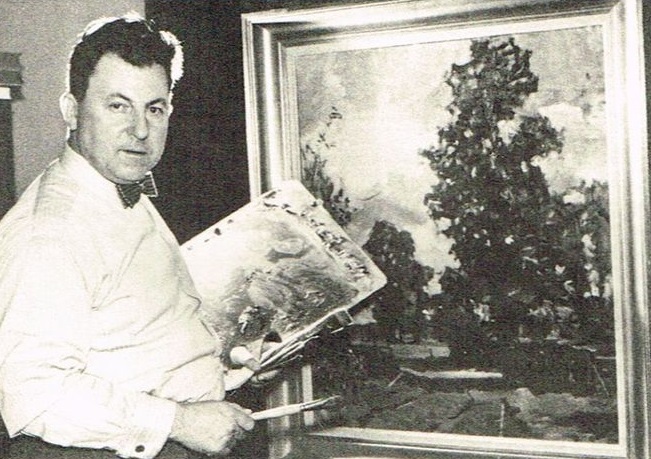