At the 1986 annual conference of the Ministers of Transport for France, Germany, Belgium and The Netherlands, a high-speed network between Paris – Brussels - Cologne/Amsterdam, or PBKAL for short (the first letters of each connected city) was discussed for the first time. The L referred to London, which would also be connected to this network via the Channel Tunnel.
A year later, the French government decided to build the high-speed line (HSL) from Paris to the Channel Tunnel/Belgian border. In November 1989, the four Ministers reached an agreement on the high-speed network in The Hague. Belgium gave it the green light in 1990. By then, construction of the fifty-kilometre-long railway tunnel beneath the Channel was already in full swing.
In Belgium, the construction of high-speed lines was controversial. ‘Totally unnecessary, harmful to the environment, paying through the nose, elitist...’ That was the spirit of popular opinion on the HST. In 1986, the Minister of Transport, Herman De Croo, had presented a plan by several railway engineers. The high-speed train would run straight through Belgium from the border, only stopping in Brussels and possibly Zaventem. A ‘triangle’ was planned for the HST to The Netherlands and Germany. A resistance to this ‘monster’ was threatening in the Campine region, while Wallonia was unwilling to countenance Liège being left out of the HST.
Yet again, a compromise was reached. In Flanders, with the exception of the Antwerp - Dutch border section, no high-speed train lines would be constructed. However, lines would be adapted in a manner that benefited both the domestic and high-speed trains. But the works had to begin at the same time in both the north and the south. This simultaneous construction was part of Wallonia's intention to make sure the HSL between Leuven and Liège would not be put on the back burner.
In 1993, the LGV-Nord was completed in France, followed in early June 1996 by the HSL to the Channel Tunnel and the connection of the LGV-Nord to the Belgian railway network in Antoing.
In Belgium, the first HSL between Lembeek and the French border (72km) was inaugurated amid celebrations on December 14, 1997. On December 15, 2002, the HSL Leuven - Liège (63km) entered service, on June 12, 2009 the Chênée - Walhorn section with the 6.5 km-long Soumagne Tunnel, and on December 13, 2009 the HSL between Antwerp and the Dutch border, a route stretching somewhat more than 35 kilometres.
In sixteen years, Belgium had become the first country in Europe to achieve a complete HSL network, suitable for speeds of 300 kilometres per hour. The investment ran to well over five billion euros - the highest since the World Expo in 1958. The money was spent not only on high-speed lines, but also on the 3.8 km-long underground North-South link in Antwerp and on the Brussels-Midi, Antwerpen-Centraal and Liège-Guillemins stations.
The high-speed train that departs and arrives in the heart of the city, turned out to be a masterstroke. On the Brussels - Paris route, the Thalys left air transport in the dust. The Eurostar connects Brussels to London in two hours. Domestic railways also saw their customer base rising steadily since 1995, thanks to the expansion of services and the investments in infrastructure and comfortable double-decker trains. 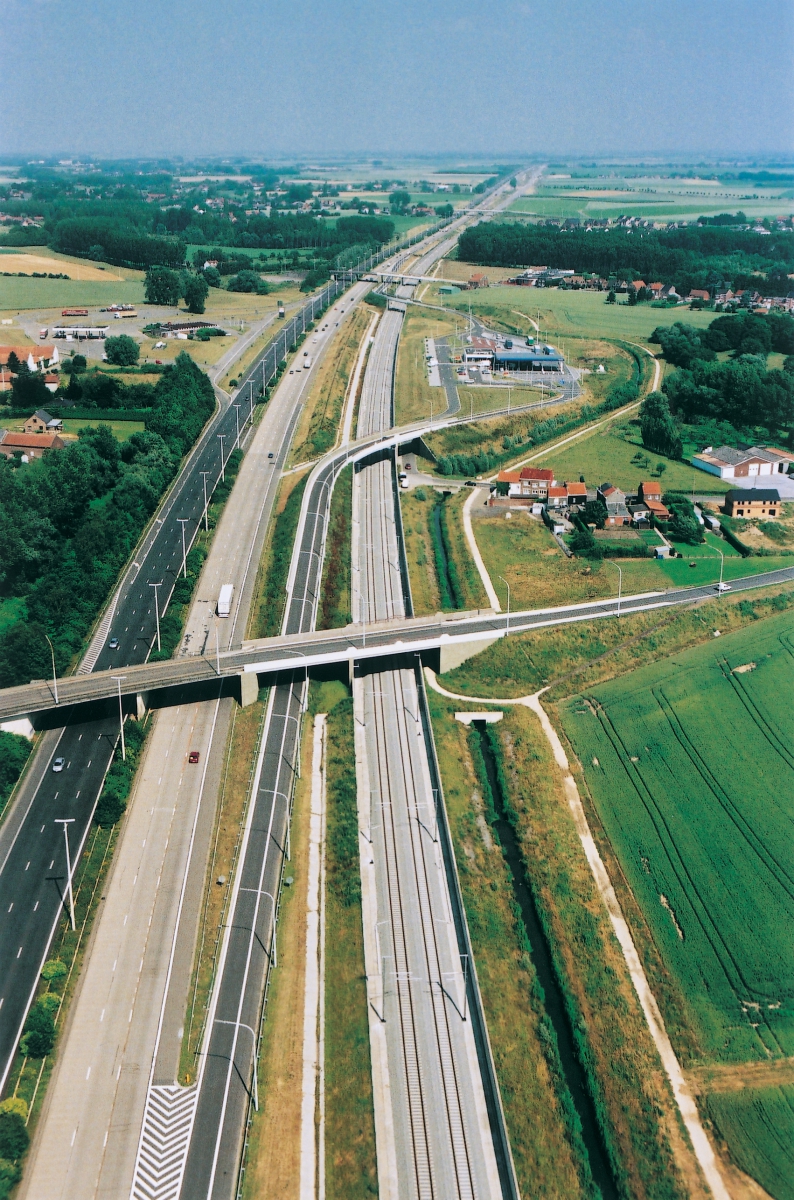 The new face of the Belgian railways

To remain in line with European regulations, the NMBS/SNCB, that was founded in 1926, was split into three companies on January 1, 2005: the coordinating SNCB-Holding, railway operator NMBS/SNCB and infrastructure manager Infrabel. Together, they formed the SNCB-Group
The federal parliament carried out a new restructuring in 2014, aimed at more efficient management and better operational performance. NMBS/SNCB and Infrabel became two independent companies, with the responsibilities of SNCB-Holding shared out between both.
NMBS/SNCB operates the passenger trains and maintains the rolling stock. It also owns all station buildings and manages all the stations and stops.
Infrabel manages and modernises the Belgian railway infrastructure and controls the train traffic. Safety comes first in this. The company is also responsible for the allocation of train paths to all railway operators.
Finally, HR-Rail, the legal employer of the entire complement of railway personnel, was founded. Its responsibility lies with offering an integrated HR service to NMBS/SNCB and Infrabel, including social consultation and recruitment.

NMBS/SNCB and Infrabel continue to invest in new rolling stock and in modernising the railway network in the 21st century.
In 2011, NMBS/SNCB brought a new range of electric units into service for local and regional passenger transport. This consists of 305 three-part electric units of the ‘Desiro Main Line’ type. These are light-weight trains with a low-floor section, making them supremely suited to routes with many stops.
The Diabolo, the northern access to Zaventem (Brussels Airport), was ready in 2012. Part of the Diabolo is a new railway line between Mechelen and Schaerbeek, largely in the middle verge of the E19 motorway. This line is linked to the airport via a railway triangle.
To make the Brussels suburban network RER (Réseau Express Régional) possible, major works have been undertaken since 2006: various lines around Brussels are being expanded to four tracks, new railway bridges are being built, old stops are being restored and new ones are being opened. The largest project in this context was the construction of the Schuman-Josaphat Tunnel. The RER suburban network was officially opened on December 13, 2015.
Four tracks will also be laid between Ghent and Bruges. This investment is intended to stimulate freight by rail from and to the port of Zeebrugge, while also making the coastal region more easily accessible for passenger transport.
The Brussels - Luxembourg axis has been seeing extensive modernisation since 2007 to enable speeds of up to 160 km/h. This would save twenty minutes off the journey time for normal trains. Tilting trains can even gain twenty-eight minutes.
NMBS/SNCB puts the first M7 carriages on the network beginning 2020. In total, 445 of these double-decker carriages have been ordered, which makes for 50,000 seats. For the first time, a comprehensive survey of travellers was organised for the design of these new, comfortable carriages. In January 2019, the design won the public prize during the Henry van de Velde Awards, the most prestigious design awards in Belgium. The carriages will also be equipped with the most modern safety systems. 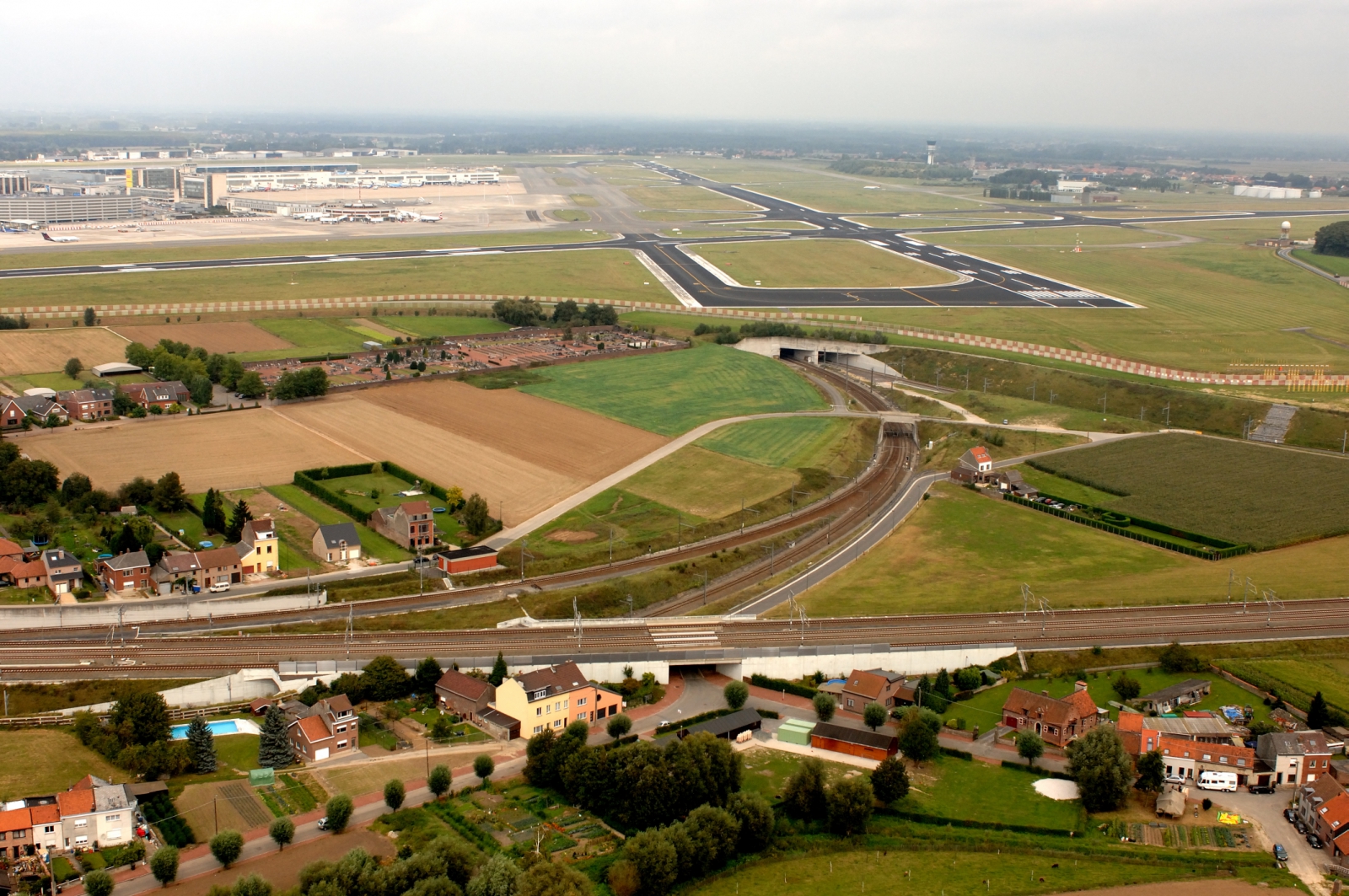 Previous:  5. The Golden Sixties and the oil crisis (second half of the 20th century)