To resist the rapid rise in air travel, a new fast and comfortable cross-border daytime train was launched on June 2, 1957 known as Trans Europ Express (TEE). No time was lost at the borders to switch locomotives or with police and customs' formalities. Brussels became a hub in the TEE network. These trains were only accessible to passengers with a first class ticket plus a supplement.
Originally only diesel trains were used, since the large European railway routes were not yet entirely electrified. The trains could be recognised by their striking branding in red and cream and by the TEE logo. Even in the early days they reached speeds of up to 140 km/hour.
In 1961, the Swiss Federal Railways SBB set a world record with the first electric trains to operate on four different voltages. They achieved a speed of 160 km/hour. Later, other networks joined in with electrical trains that reached up to 200 kilometres per hour.
As from 1975, the number of passengers on the TEE connections went into rapid decline. The use of expensive luxury trains was considered outdated. On May 31, 1987, the EuroCity network was introduced, with high-quality international trains accessible to first and second-class passengers. 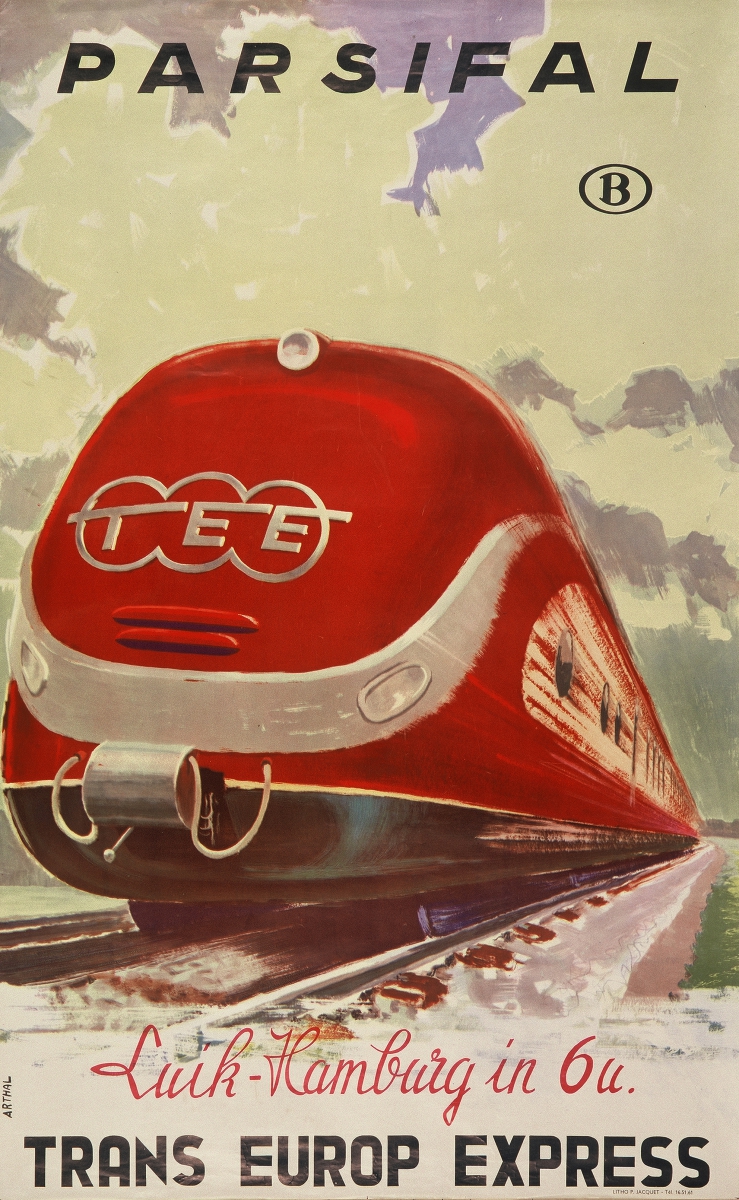 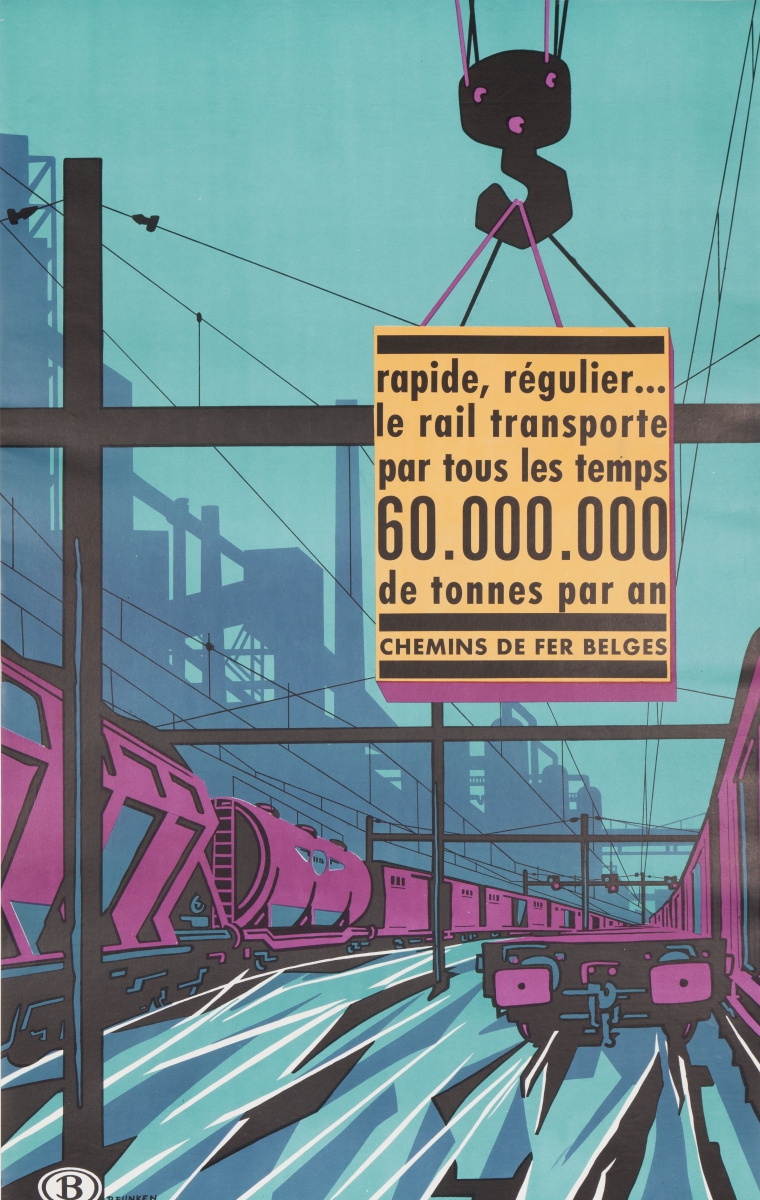 No sign of the ‘golden sixties’ for the railways

During the so-called ‘golden sixties’ the economy flourished like never before, with hardly any unemployment and a growth in prosperity. Car ownership grew too and goods were increasingly transported by lorry. Times were tough for NMBS/SNCB, despite electrification, modernisation of track maintenance and the introduction of new rolling stock and new types of freight wagons. In order to keep operating costs under control, the train had already been replaced in many regions by the ‘cheaper’ and ‘more efficient’ bus.
Many, including the government, had written the train off as an ‘entirely obsolete and outdated means of transport’. Only a number of main routes such as Antwerp – Brussels - Charleroi and Ostend – Brussels - Liege were to succeed in reaching the 21st century. The car was the future, or so people believed.

In 1973, the oil crisis put an end to the glorious prosperity in the western world. The economy took a dive. Purchasing power plunged and the government economised. NMBS/SNCB was forced to postpone some key investments. However, the oil crisis did make people stop and consider mobility. Suddenly the railway seemed very important to society. In order to reduce oil dependence, even more tracks were electrified, although this was still not enough to compete with the car. NMBS/SNCB struggled to keep up with mobility needs.
In the eighties too, the railways' means remained limited. Meanwhile, NMBS/SNCB's financial situation was disastrous. In 1984, the controversial IC/IR-plan was introduced. Trains were to travel according to a timetable with fixed departure and arrival times. This made things clear for the passenger. However, IC/IR was primarily a cost-cutting plan. Many sections and stops were abandoned. Freight transport was also restructured.
The turnaround in the concept of mobility came – quite ironically – with the huge success of the car. Lengthening traffic jams and congestion in the cities was to the advantage of public transport and the train in particular. In 1989, NMBS/SNCB presented the ambitious plan known as STAR 21 (Spoor Toekomst Avenir du Rail) meaning future of the railway. This plan, which focused on the future and was endorsed by the government, aimed to get the Belgian Railways on the right track towards the 21st century. 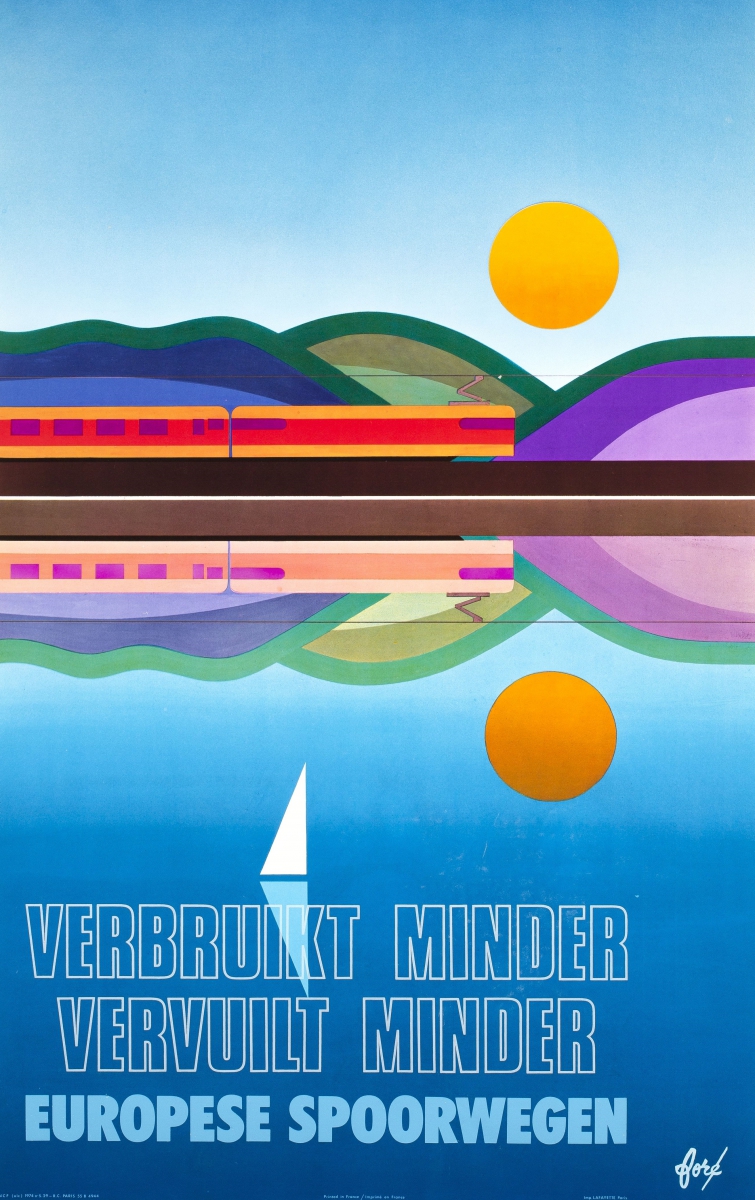